As a field archaeologist, one of the most frustrating aspects of doing something you love for a living, is that singular, trivial, insignificant irritation, encountered over and over and over again. Try as you might, you can just never solve the problem, and it always ends with the same result and eats away at your mind when you sleep. Field and survey archaeologists, who are generally first on the ground, are tasked with identifying archaeological potential before development or impact is scheduled to occur. Charged with testing landforms and searching all likely locations for previously unidentified archaeological resources, the field archaeologist is responsible for defining and identifying any newly identified arch site boundaries. The initial site interpretation, and frequently site relevance, is based on these early findings, so the field archaeologists goes through great pains to provide as much accurate information as possible about the nature of the new site. Why? Any future work will be guided by and informed by these preliminary interpretations.

So now, we arrive back at the root of the headache inducing issue: the “one flake wonder site”. Few things will pain an archaeologist more than identifying an isolated artifact on the surface, especially after careful testing that records only a single artifact from dozens of test holes. Commonly, you will find an artifact in the most likely of locations—on a well-drained landform, next to a creek with ample fresh water as a resource, with space for a long-term campsite or habitation and viewsheds of the surrounding topography. Other times, an artifact is spotted in a less than likely context—on the crest of a slope, over gently graded or undulating terrain, distant and remote from anything that would normally trigger your ‘spidey-senses’ that archaeology might be nearby. Sometimes, you even stumble upon an artifact under your boot after you’ve dropped your sandwich, while taking a break for lunch. Not unlike this fair-sized, retouched stone tool, identified on the ground surface during a post-impact assessment of a recent wildfire burn (with my original boot print intact and captured in the photograph below).

While a great location for a site (elevated and pond adjacent), all subsequent surveys (and 16 hand-dug and screened tests) unfortunately did not reveal any further finds. Sometimes, no matter how many tests you dig, and how close together, you still only find a single flake. 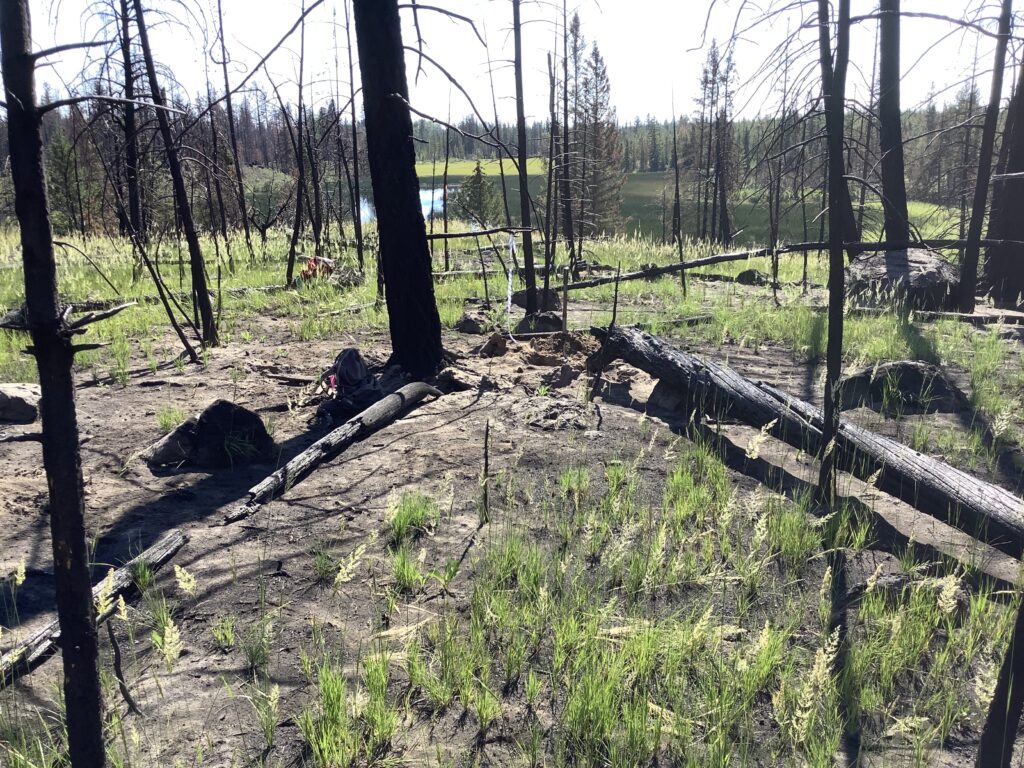 Regardless of the nature in which the archaeologist blunders upon the first artifact, much more often than we would care to admit, further survey of the area all too often turns up nothing. Instead, the archaeologist is left to ponder how and why the isolated artifact made an appearance, and what the history is behind the single piece of chipped stone, small portion of a modified animal bone, or chunk of fire-broken rock.

The “one flake wonder site” is problematic because, while it identifies past human occupation, it often offers very little in terms of understanding or interpreting the past behaviours and lifeways that the archaeologist is charged with describing. There may be any number of reasons why additional survey and testing failed to identify any further artifacts, but at the end of the day, the archaeologist is trapped attempting to interpret a complex human narrative from a single, artifactual find. 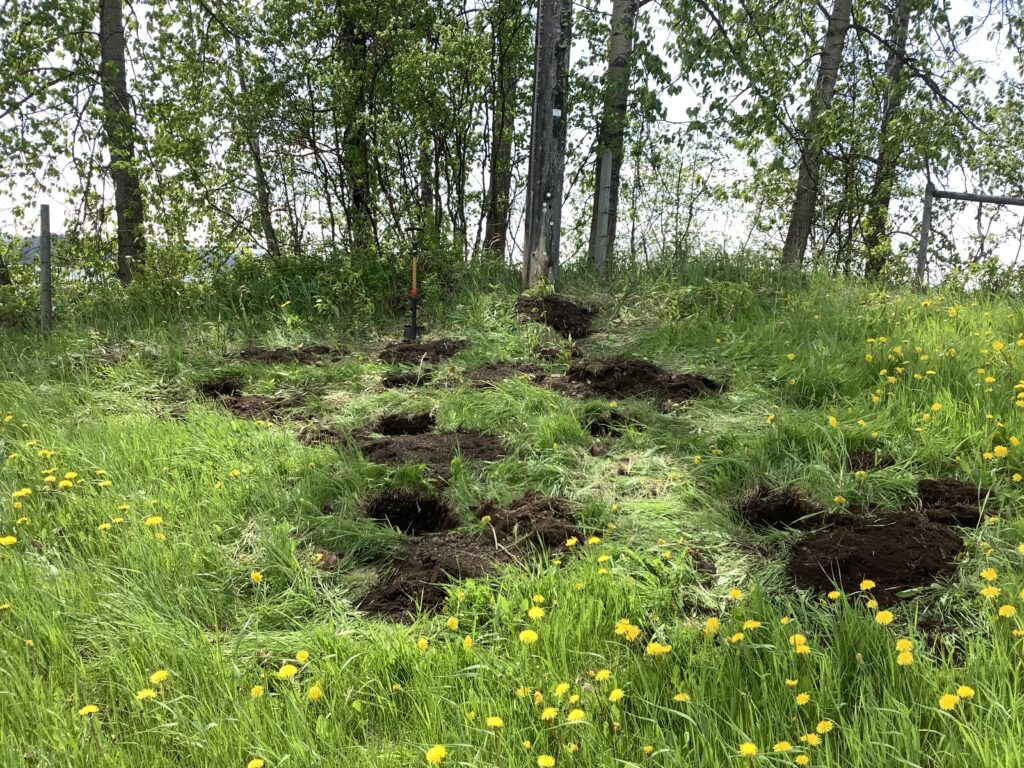 The torment of identifying a “one flake wonder site” can spur thoughts of despair for the recorder. Did we dig enough tests? Did we miss something on the surface? Was there a line of evidence that could explain a natural geomorphic reason that was overlooked in the sediments? So many questions, so little answers, but perhaps most importantly, “one flake wonders” may force the archaeologist to reflect on our processes and our understanding of past lifeways and the systems that we study. Furthermore, it leads us to look at our current methodological process and inherent limitations, to re-examine the behaviours that archaeologists employ to interpret the behaviours captured in the archaeological record.

The identification of “one flake wonder sites” are all too common, but their presence consistently leaves the recorders scratching heads with deep dissatisfaction. The story of our past remains colourful and very full of life—even the “one flake wonder” holds value in understanding the complexities of our past and shared history, the archaeologist just has to crack the code. 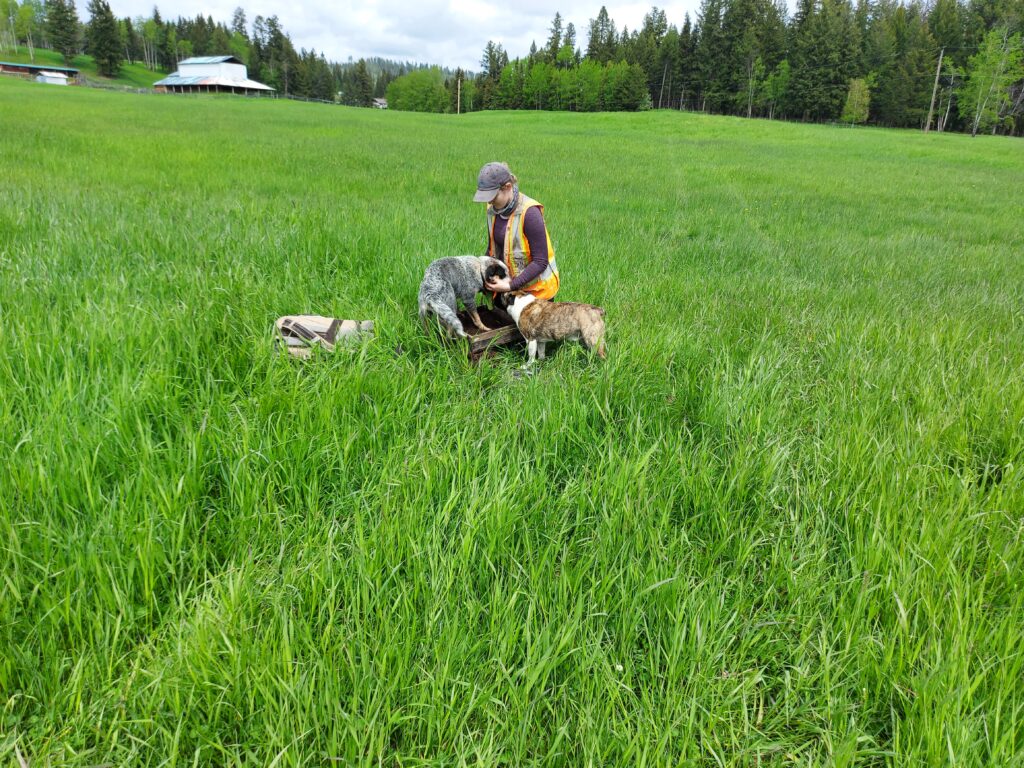